(Ride on the freeway 1 hour, 55 km from Budapest) The city was coronation and burial site of kings, which has many attractions, like the garden of ruins at the site of the former basilica (1018-1038). With remains of the church and the medieval walls The baroque richness of Székesfehérvár show the beauties of the church buildings and painting as well as the noble palaces. 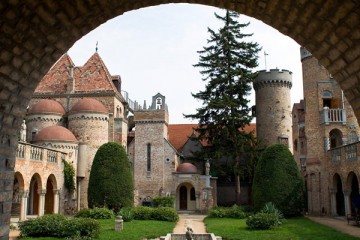