The Basilica was named after the first Hungarian king St. Stephen who founded Hungary. His incorruptible right hand is kept in the Basilica as a relic.

The construction of the church had been started at 1886 and it was finished and sanctified in 1905. There was a smaller church and a theater earlier in this area, but the wealthier citizens started collecting donations for a bigger church.

St. Stephen’s Basilica was state-owned to 16 August 2001, when the government granted it to the Hungarian Roman Catholic Church with due decorum.

The parts of St. Stephen’s Basilica

Outside part: the Basilica is the second tallest building in Budapest and the third tallest in Hungary. The capacity is almost 8000. There are a lot of sculptures (e.g. the four evangelists) under the cupola, which is between two towers.

Inside part: St. Stephen’s Basilica is different than other basilicas in the arrangement of interior. There are many graphic arts creations for example reliefs and mosaics.

Sculptures: There are a lot sculpture in St. Stephens Basilica inside and outside as well for example: St. Laslo, St. Imre, Blessed Virgin, St. Joseph, Jesus Christ and lots of others. 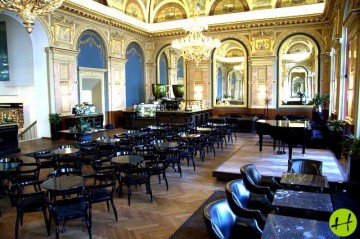 We offer a 2.5 hour tour to Opera Budapest and St. Stephen’s Basilica. (Visiting Budapest Opera House is possible only from 3 to 4 p.m. Above 10 persons we can make a private appointment). Upon request we visit an elegant café in the style of the Opera House (see picture).latest Running Sneakers | NIKE RUNNING SALE