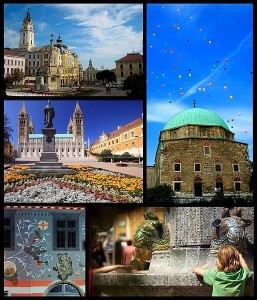 Pécs is the southernmost major city in Hungary and the capital of Baranya County, lying at the foothills of the Mecsek Mountains. The 150 year rule of the Ottoman Empire left partly intact mosques and the ruins of baths and gave the town an oriental character. The most famous legacy of the Turks is the Djami (used as a Protestant Church at the present time). With its typical green copper roof, it is in the heart of the city on the Szechenyi Square. The great history of the city is also remembered by the wonderfully preserved medieval city walls and the Romanesque Cathedral with its four towers. Duration 4 hours.