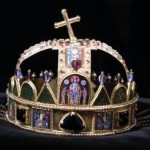 The guided tour takes 50 minutes. We will visit the Hungarian Crown and the most important rooms. We walk to the Basilica (20 minutes) after the visit of the Parliament and visit the Stephen King (first Hungarian king) devoted himself to church.

The basilica was completed in 1905 after 54 years. The building was built in 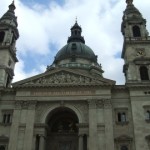 the neo-classical style. The dome is 96 metres high, the Bell is the largest in Hungary and weighs 9 tons. There are 364 steps to the upper Lookout, from where you can overlook the whole city. The Parliament is 268 m long and 123 m wide. It was built between 1880-1902 in neo-Gothic style. The representation Hall has a height of 96 m.Sports Shoes | balerínky