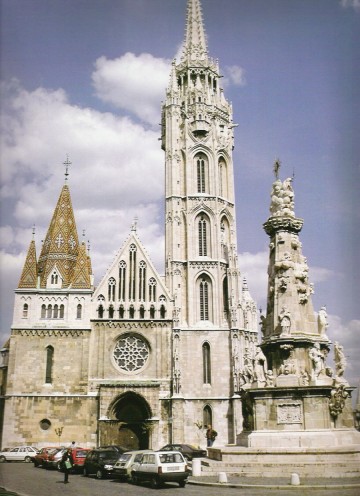 Trinity, the building of the former Buda City Hall and the Matthias Church. The area also has some of the best restaurants and shops of the city. In the Loretto Chapel the statue of Our Lady is found, highly venerated by the Hungarians, which had been built into the side wall of the castle by the Turks. According the the legend it wondrously resurfaced itself during the siege of the castle in 1686 after a hit by a cannon.