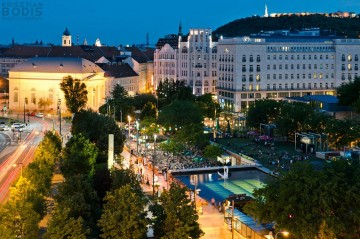 The Small Ringroad (Kiskörút) stretches from the Liberty Bridge to Deák square, “changing” it’s name several times during the distance. It is one of the most beautiful boulevards of Budapest, which give the downtown its Parisian atmosphere. The largest and most impressive indoor market of Budapest lies on this ring. The giant Market Hall is built of brick and cast iron, and was opened in 1897 when the other markets could no longer satisfy the needs of the increasing urban population. In a designated section of the Little Múzeum ring the Hungarian National Museum is located.